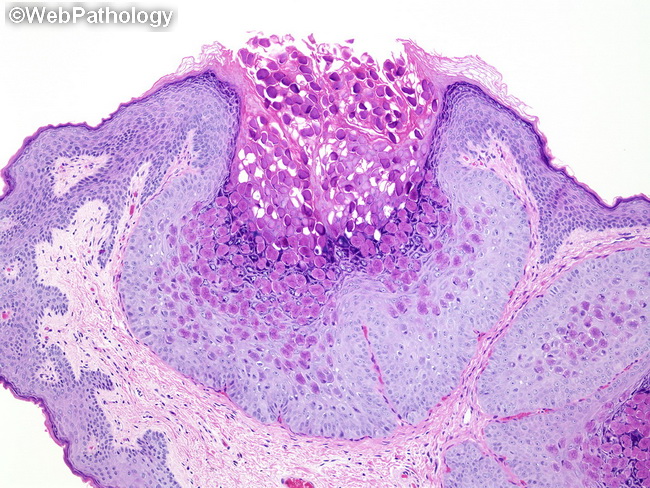 Comments:
Molluscum Contagiosum - Microscopic Features: The molluscum contagiosum lesions have a pseudotumor appearance and consist of well-circumscribed endophytic growth of squamous epithelium in a lobular configuration. The cup-shaped lesion has a central depression.

A spectrum of histopathologic changes is seen from the edge of the hyperplastic epithelium to the center of the lesion. Intracytoplasmic granular inclusions first appear within keratinocytes in the basal region. The viral inclusions compress the nucleus and their appearance ranges from eosinophilic in early infection to basophilic with maturation

The infected cells mature and die and are extruded from the surface of the epidermis. These viral inclusion-filled ghost cells are referred to as Henderson-Patterson bodies (or Molluscum bodies).