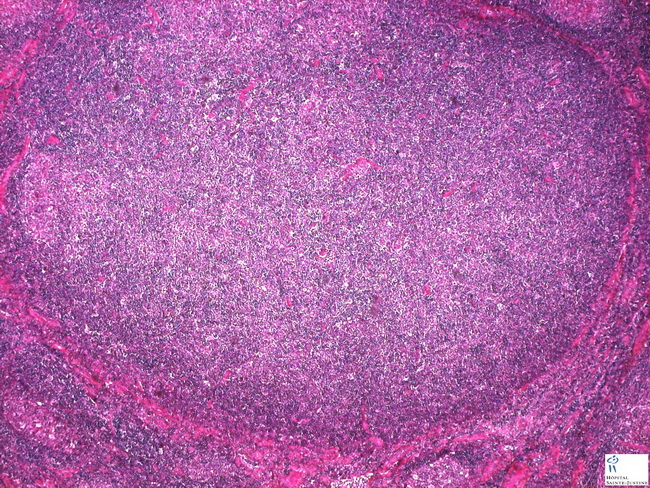 Comments:
Relationship between progressively transformed germinal centers (PTGC) and nodular lymphocyte-predominant Hodgkin lymphoma (NLPHL): PTGCs can precede or follow NLPHL or the two may occur at the same time in separate lymph nodes. Given this association and morphologic overlap, it is believed that PTGC is a precursor of NLPHL or that both may be secondary to defective B-cell or T-cell response. Indeed, PTGCs have been report in many different types of immunodeficiencies. Image courtesy of Dr. Jean-Christophe Fournet, Paris, France; humpath.com; Used with permission