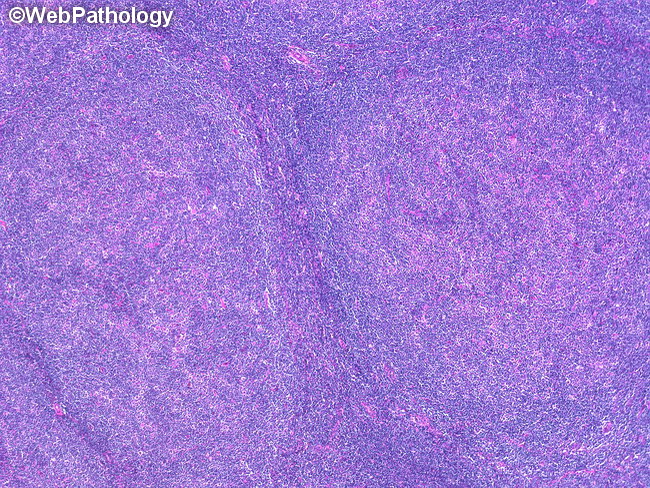 Comments:
Nodular lymphocyte-predominant Hodgkin lymphoma (NLPHL): Nodular pattern (Pattern A) is one of the commonest architectural patterns in NLPHL and is considered typical. The lymph node architecture is replaced by large nodules containing predominantly small B lymphocytes and expanded follicular dendritic cell networks. A peripheral rim of compressed normal lymphoid tissue may be present. There may be areas of progressively transformed germinal centers in the same lymph node. The nodules vary in size but are larger than those seen in follicular lymphoma and follicular hyperplasia and lack mantle zones. The lighter pink areas in the nodules contain epithelioid histiocytes and the neoplastic lymphocyte-predominant (LP) cells. The internodular tissue consists mainly of