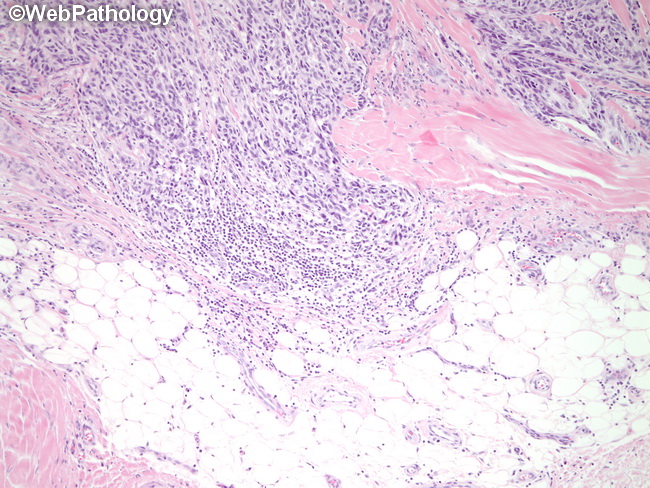 The image shows infiltration of the subcutaneous tissues by melanoma (Clark level 5).